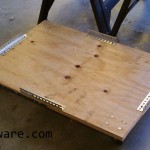 An easy way to store your keezer / kegerator under a shelf

one morning or afternoon, plus overnight if gluing the base is required

As I mentioned in my About: This Blog page, I have limited space for my equipment and the Keezer is no small piece of equipment.  It certainly wouldn’t go with the decor of the house and I also didn’t want it to be in easy reach of the kids.  Not that they would be drinking it, but I would be concerned they would think it was funny to squirt pressurized beer at will.  In my opinion, having the chest freezer sitting on the garage floor with nothing above it was a waste of air space.  My ultimate solution was to build a keezer dolly that would allow me to have easy access, but could easily be rolled under a shelf in the garage.  It also makes it easy to clean behind it, rolling it to the edge of the garage when defrosting or draining the moisture buildup and is just all around convenient.  I’ve had it for 2+ years and it has been great.  I’ve also had no issues with it being in the garage and it’s on an outside wall. 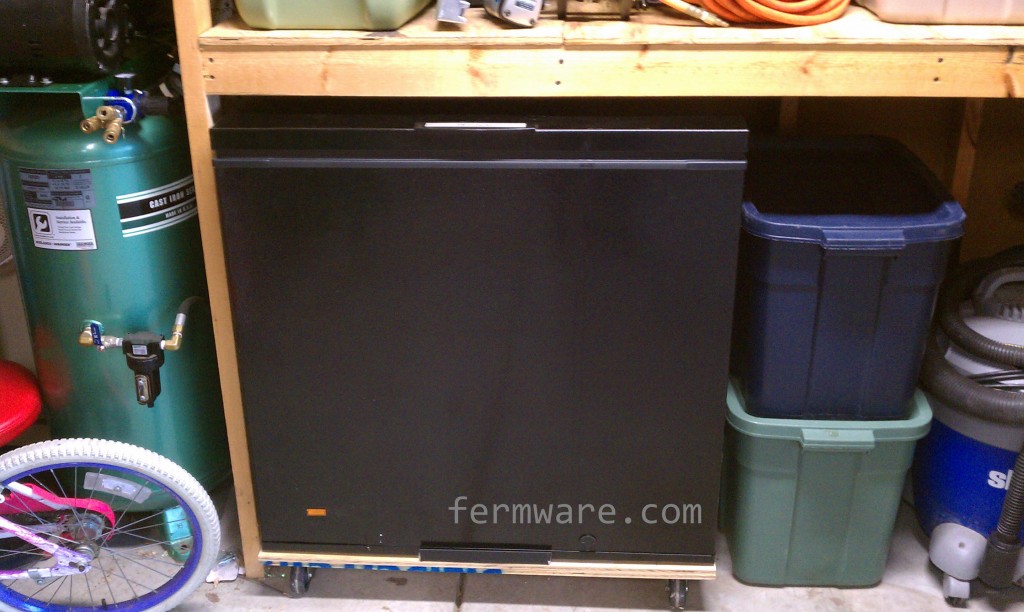 My keezer happily in it’s place under a shelf in the garage. 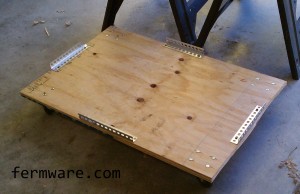 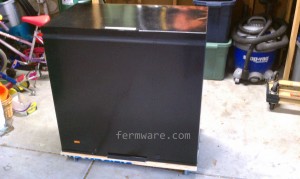